AUSTIN — Today Land Commissioner George P. Bush announced the Texas General Land Office (GLO) was awarded the Project Excellence Award by the Texas Association of State Systems for Computing and Communications (TASSCC) for the development of a disaster tracking program during Hurricane Harvey. The award in the category of Data Sharing and Management was given at the TASSCC annual conference in recognition for work developing the State Operations Response Mapper (STORM).

"This award is not just for the underlying technology, but also in recognition of the GLO team members' dedication to serving Texans," Commissioner George P. Bush said. "The GLO found itself on the front lines of innovations during Hurricane Harvey. Together we took on a historic Texas-sized recovery, coordinating staff and recovery assets, as well as local leaders and federal officials, to meet the needs of Texans across all areas affected by one of the largest and most destructive storms to hit our nation. By innovating the tools we use, our staff is better equipped to serve those in need of assistance." 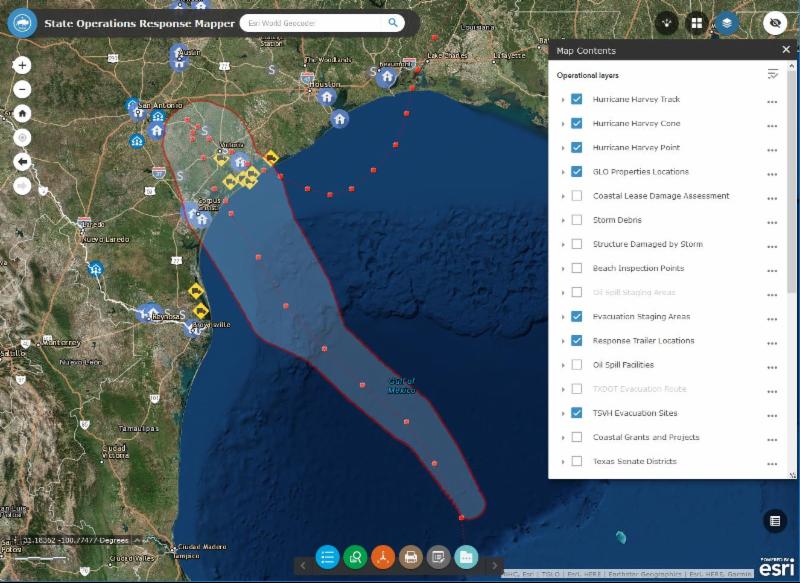 The STORM viewer provides GLO staff with increased efficiency of location intelligence when faced with disaster events. The GLO can quickly determine where assets are located and catalog damage in real time, all within one interface.

"The STORM tool is used primarily to manage and protect GLO staff and physical assets during disaster events," said Cory Wilburn, Chief Information Officer for GLO-ETS. "But it also has proven effective as a centralized data collection tool for damage assessment and recovery efforts. The STORM Viewer is an invaluable tool before, during and after a disaster." 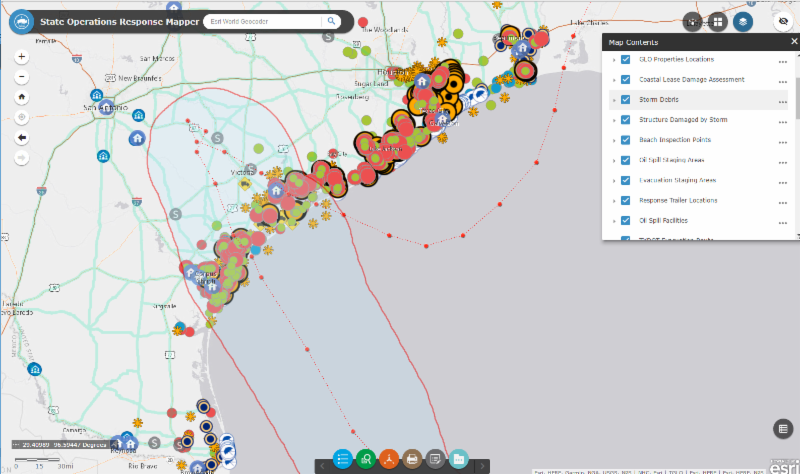