The Texas General Land Office is the oldest state agency in Texas, established by the Constitution of the Republic of Texas. 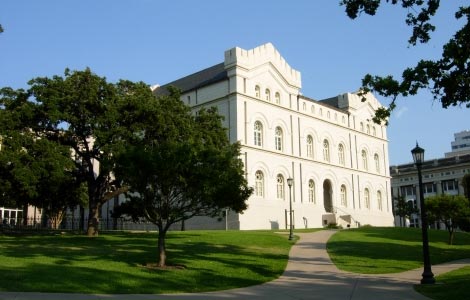 Agency Mission
The Texas General Land Office primarily serves the schoolchildren, veterans, and the environment of Texas. The agency does so by preserving our history, maximizing state revenue through innovative administration, and through the prudent stewardship of state lands and natural resources.

Agency Philosophy
Transparency and collaboration in governance are lofty goals, but ones that are readily obtainable through a well-defined, common mission that embodies a shared consciousness and respect for all staff. Integrity, adaptability, and collaboration among staff are integral parts of our operation, and it is our staff that will be tasked with carrying out this mission on a daily basis. Therefore, we will work to ensure the professional and personal growth of all GLO staff members, our agency’s most valuable asset. We will accomplish our goals using the highest standards of ethics, professionalism, transparency, fairness, and responsiveness towards those we serve – the citizens of Texas – and among those with whom we serve – our fellow staff members. In adhering to these principles, the Texas General Land Office will become the standard by which effective governance is measured throughout the state.

In 1836, the Republic of Texas Congress formed the General Land Office to manage the public domain. The charge was to collect and keep records, provide maps and surveys, and issue titles. In addition to encouraging settlement of public lands via land grants, scrip certificates were redeemable for land, and used to raise cash to finance the Texas revolution and the expenses of the young nation.

Because the federal government would not take Texas' land as debt payments, Texas entered the Union owning its public land. Also, unlike other Gulf states, Texas owned its submerged lands - or tidelands - three marine leagues (about 10.3 miles) into the Gulf of Mexico. This proved to be a bounty that would yield rich rewards for the Lone Star State for generations.

The Texas Constitution of 1876 set aside half of Texas' remaining public lands to establish a Permanent School Fund (PSF), to help finance public schools. State legislators intended for this land to be sold and the proceeds be deposited into the PSF. Over the next century, deposits to the PSF would be an inexhaustible source of revenue because only interest income from the fund could be spent and would be apportioned among the state's public schools.

Today, the Texas General Land Office is focused on maximizing and diversifying revenue sources for the Permanent School Fund. For instance, the Land Office is leading the charge on the development of renewable energy on state lands as a sustainable source of earnings for the PSF. With historic leases for offshore wind energy, solar and geothermal, the Land Office is helping diversify revenue for future generations of Texas schoolchildren.

With over 175 years of history, the Texas General Land Office is moving into the future and finding new and innovative ways to serve the people of Texas..