During his visit, Commissioner Bush received an up-close and personal look at Rapoport Academy’s state-of-the-art programs. Rapoport Academy’s Meyer High School partners with Connally High School to provide a "Triple Win Apprenticeship" program focused on workforce readiness. Commissioner Bush toured the “Triple Win Apprenticeship” joint program with teachers and some of its participants. The Commissioner then visited Rapoport Academy's Quinn Middle School campus and taught an interactive Texas history lesson to a 7th grade class using reproductions of one of Stephen F. Austin’s original maps from the Texas General Land Office archives. Commissioner Bush also brought a special surprise for the class, students were given the chance to hold a cannonball fired at the Battle of the Alamo at the end of the lesson.

“Far too often elected officials decide to legislate our children's futures without an understanding of what is going on in classrooms," said Commissioner Bush. “As a former teacher, it is important for us to step back and take a first hand look at what our teachers and administrators are seeing each day. Innovation and hands on learning are paving stones for our children's future.” 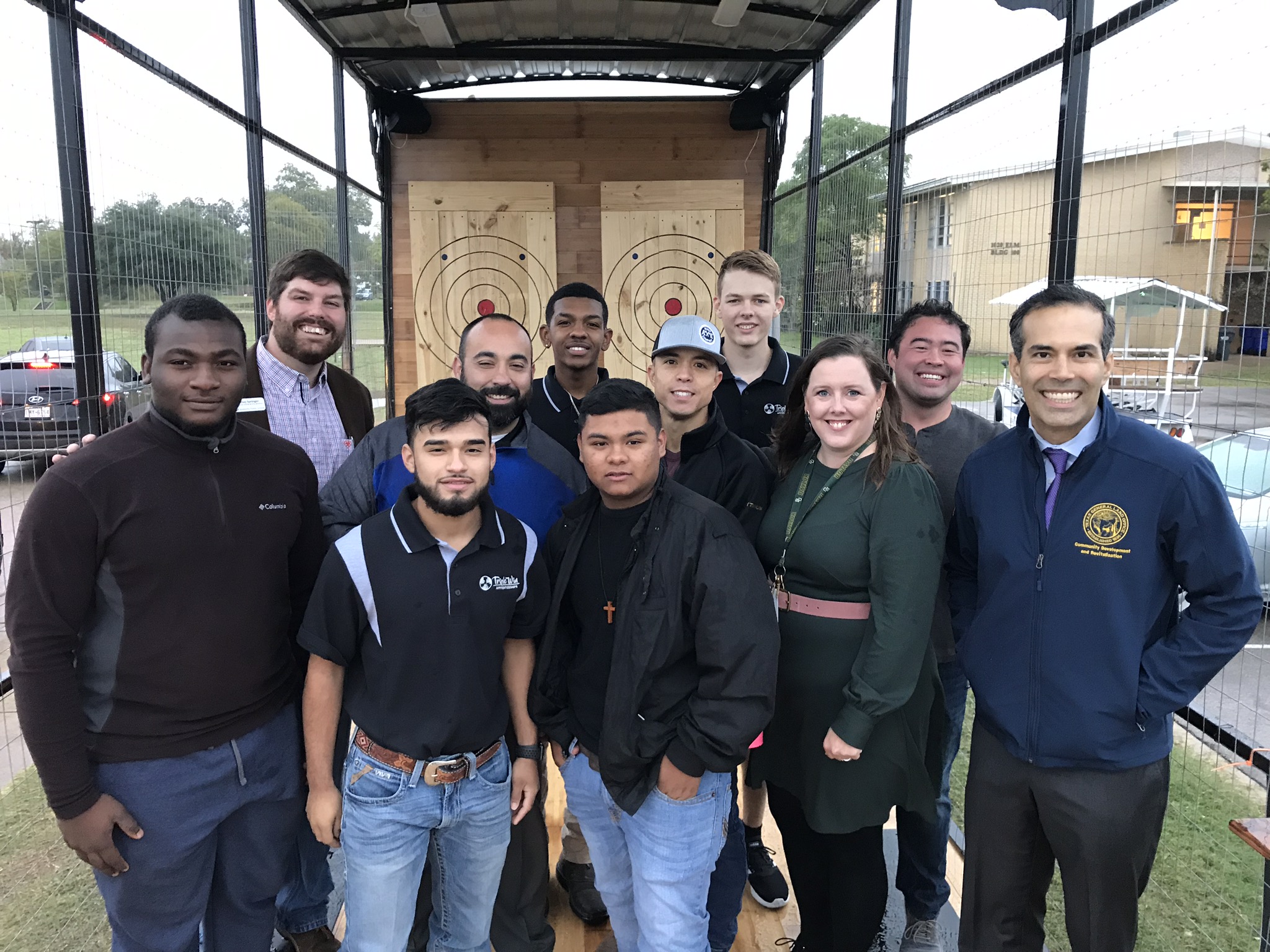 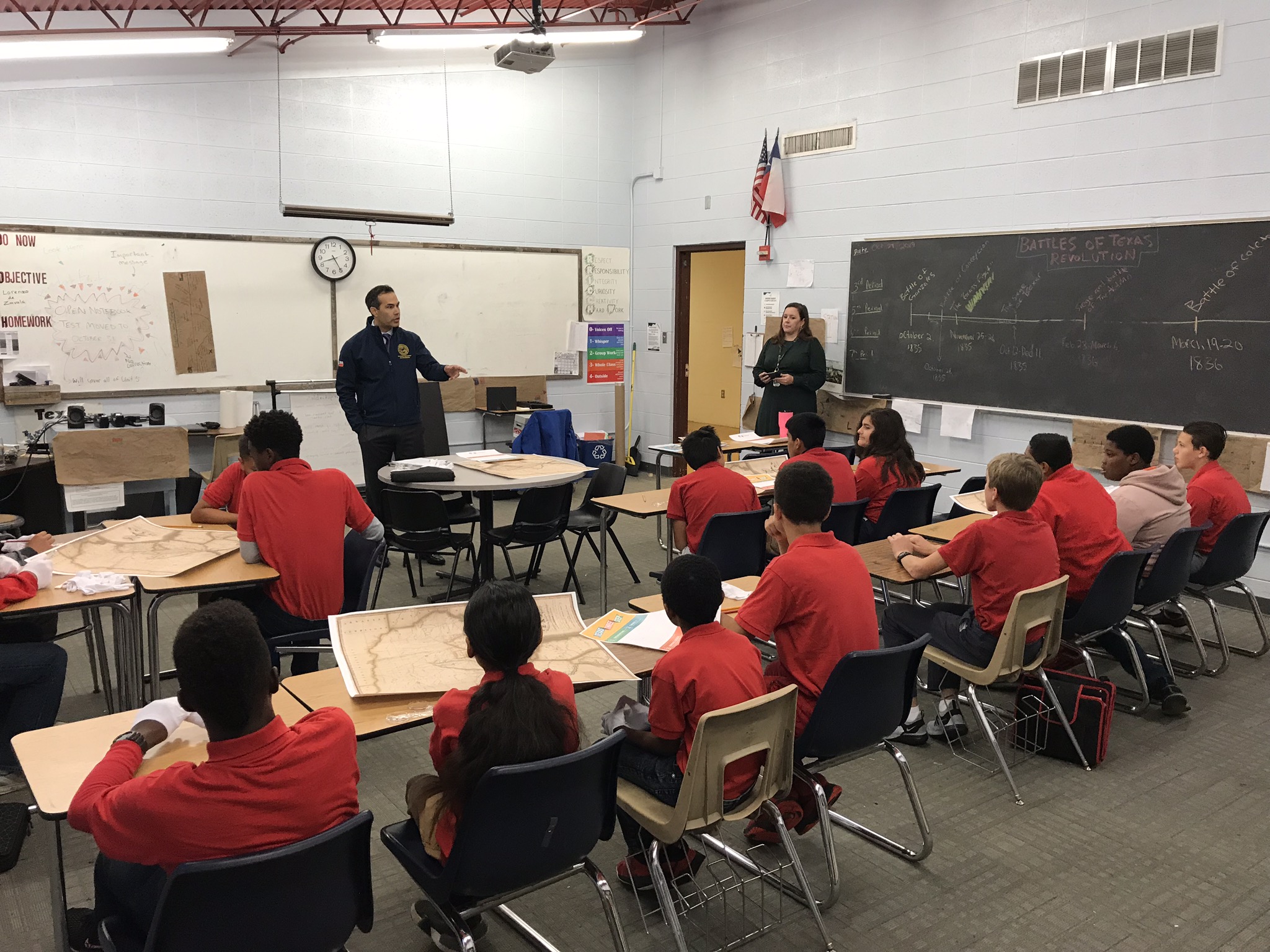 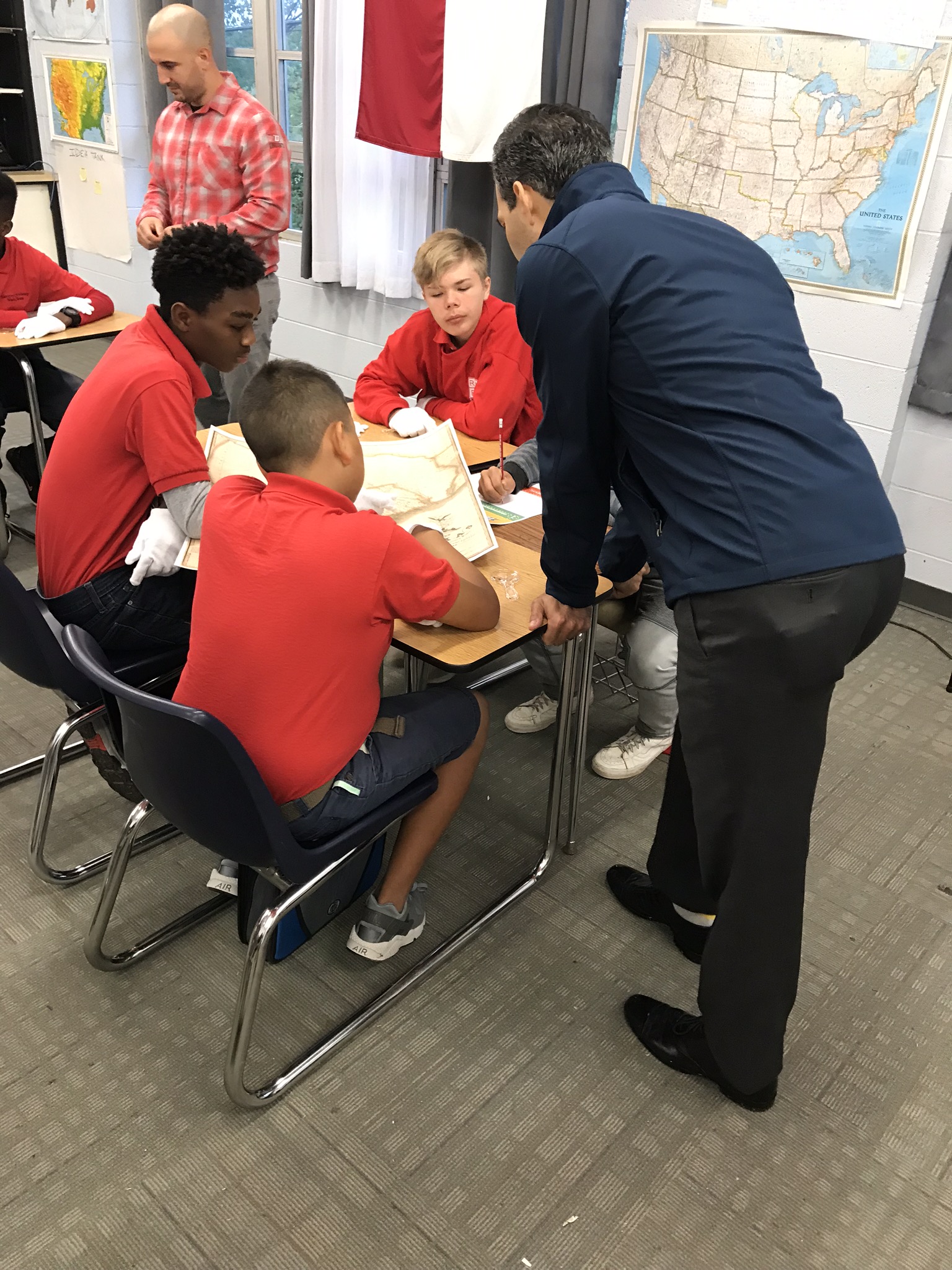 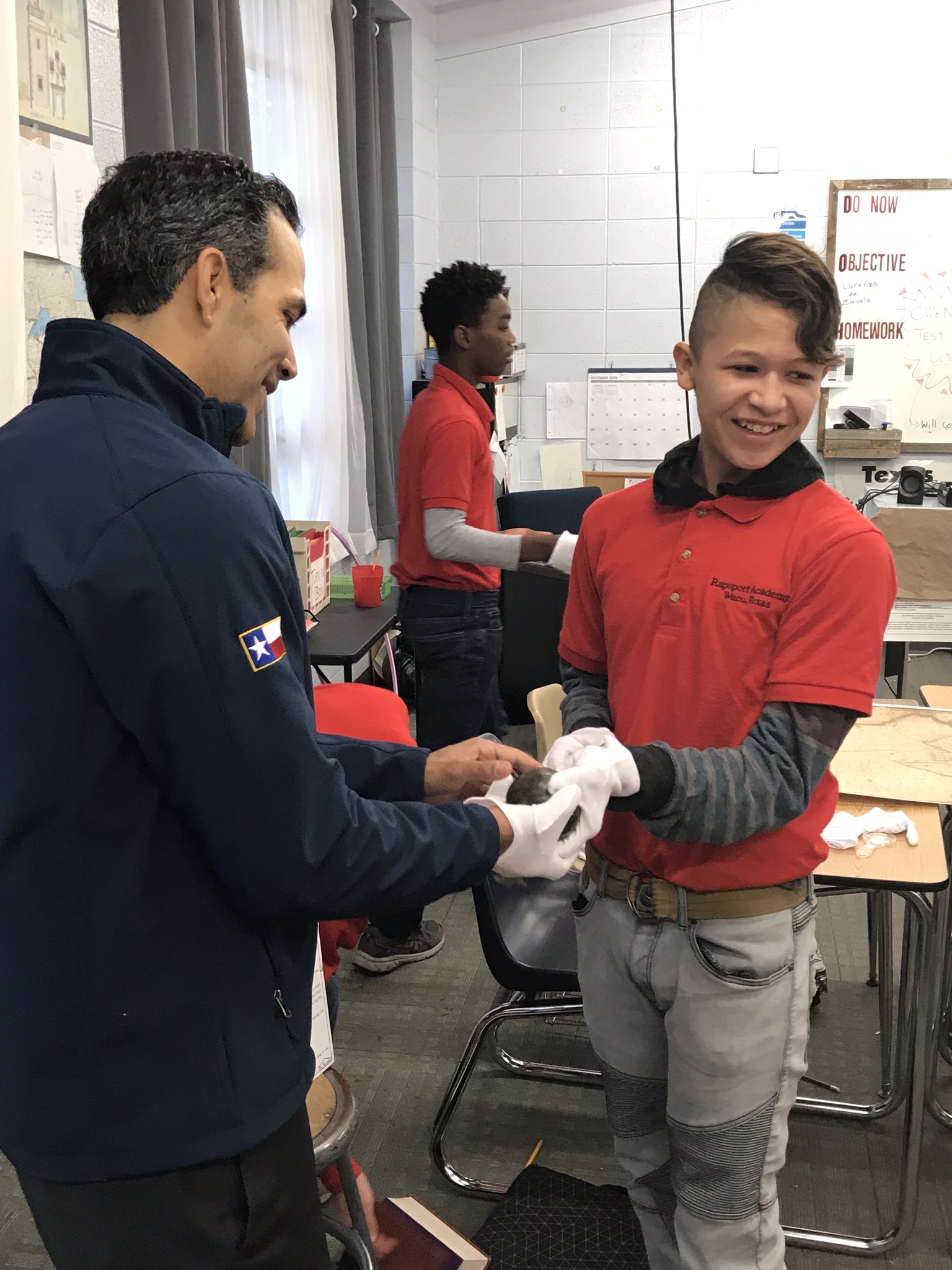 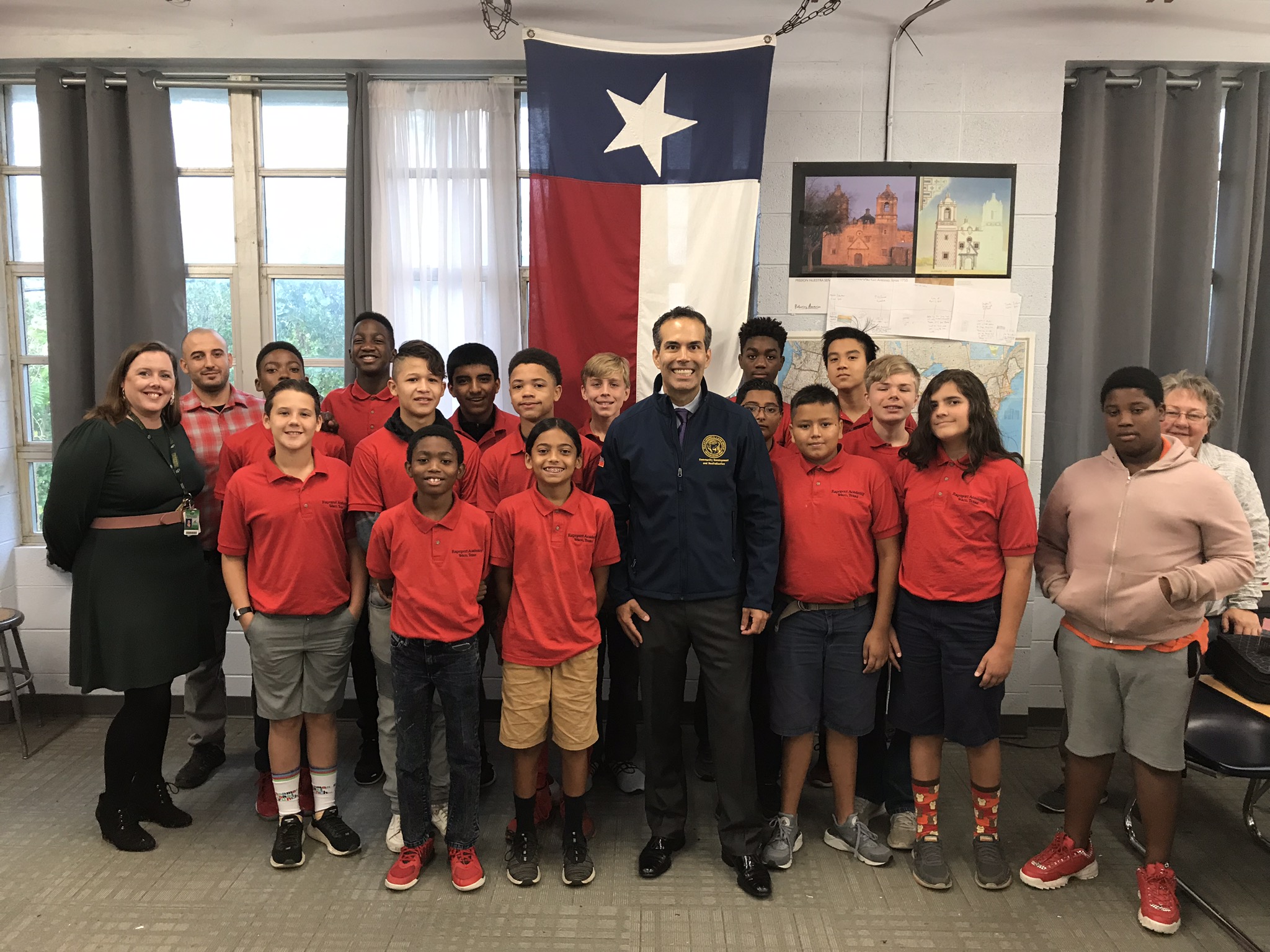 Earlier this year, Commissioner Bush dedicated 2019 to having a conversation with the future, engaging with students, teachers, and administrators across the state. As part of the Year of Education, Commissioner Bush is traveling across the state and participating in 50 education events to promote education in all types of learning environments (public, charter, homeschool, private, rural, urban, suburban). The GLO Archives and Records is home to more than 35.5 million documents and 45,000 maps, dating back to the year 1561, and tracing the history of Texas' public lands. Using copies of these restored maps, Commissioner Bush brings primary sources into Texas classrooms and teaches a lesson on Texas history to students. As a former school teacher, Commissioner Bush understands first-hand the impact education has on our students. Previously, he has noted that it is not only important to support our Texas school districts but to also connect with them.

For more details and photos from the event, check out the GLO’s Twitter accounts.