AUSTIN — Today Commissioner George P. Bush announced the kick-off of the application process for the first round of more than $2.3 billion for mitigation projects to protect Texas communities hit by Hurricane Harvey and severe flooding in 2015 and 2016. The Texas General Land Office (GLO) will be administering the funds allocated by the U.S. Department of Housing and Urban Development (HUD) through the Community Development Block Grant Mitigation (CDBG-MIT) program. All applications must be completed through the GLO online portal at recovery.texas.gov/mitigation. More detail can be found in the CDBG-MIT Competition Application Guide also found on the webpage. Applications will be due at 5:00 pm October 28, 2020.

"Texas is known for big ideas and bold actions," said Commissioner Bush. "Now is the time to be big and bold in mitigating against future storm damage. Applications for mitigation projects will be evaluated and scored based on beneficial impact of improving the resiliency of Texas communities, homes, businesses and infrastructure from future storms, as well as other factors. Mitigation projects awarded will truly move the needle in protections for communities in eligible counties."

During the first round, the GLO will conduct three (3) competitive application programs from the CDBG-MIT Action Plan (see eligibility maps below). Those programs include: 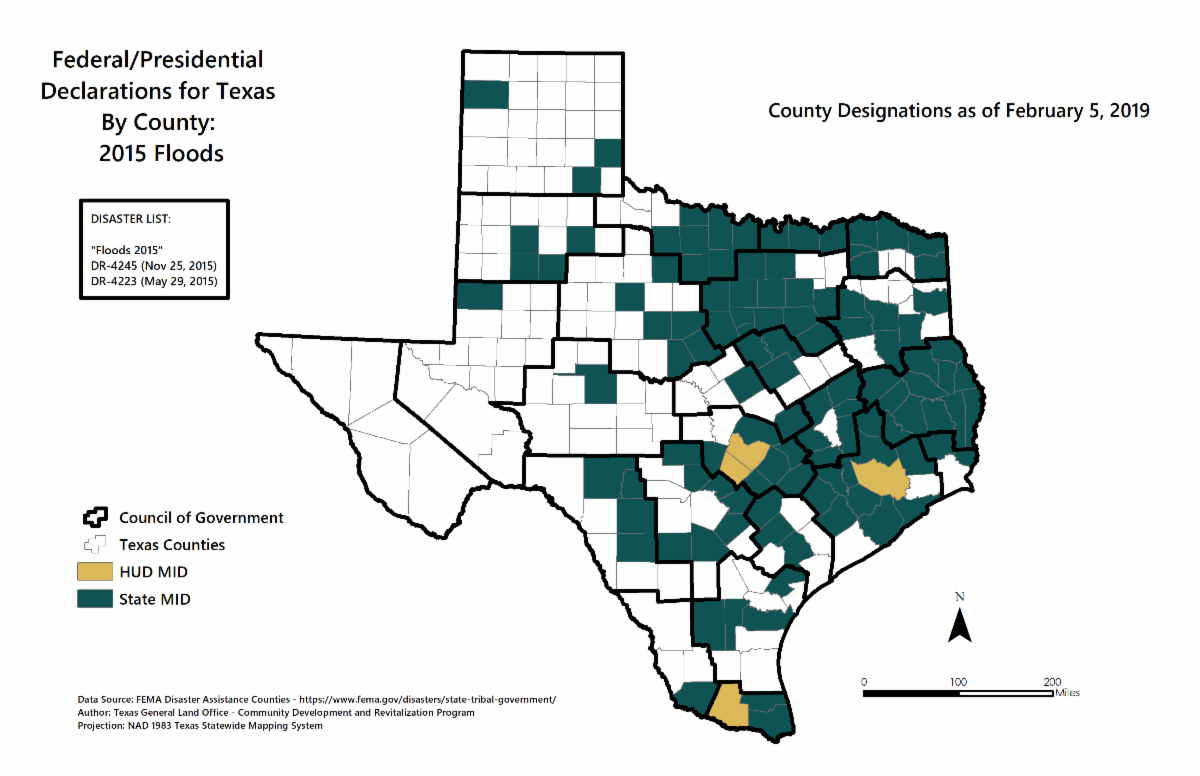 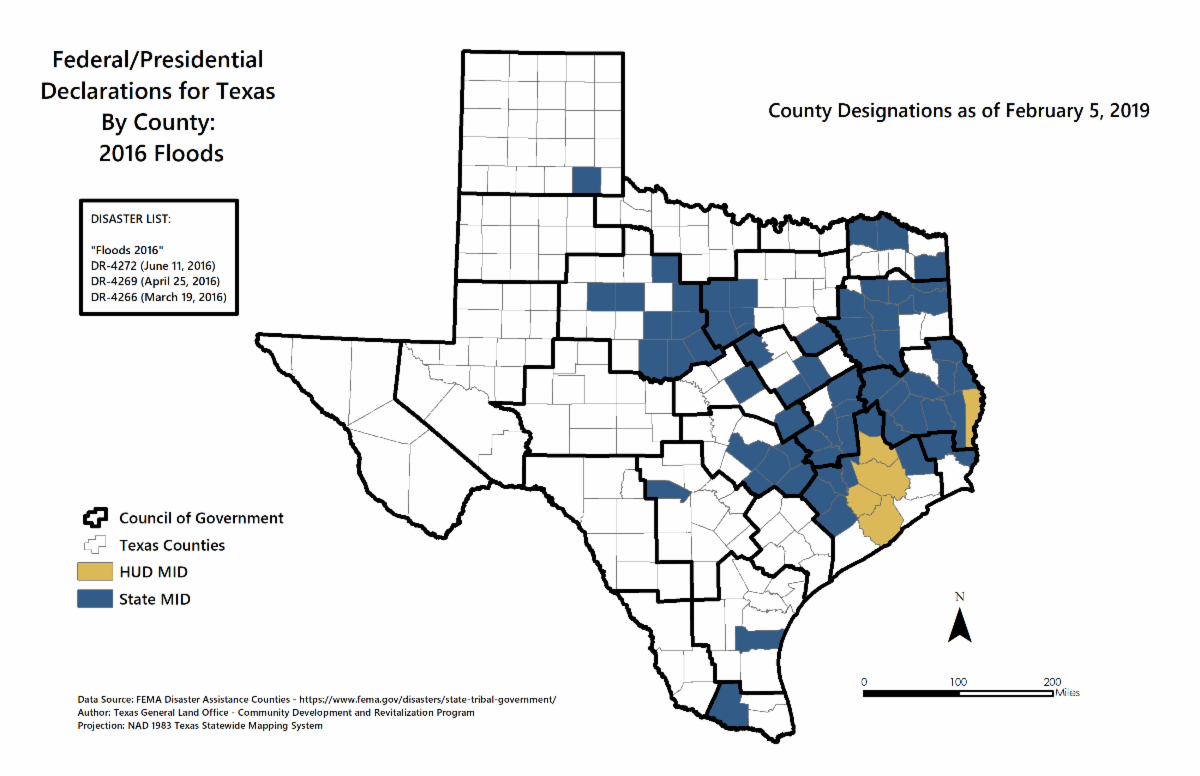 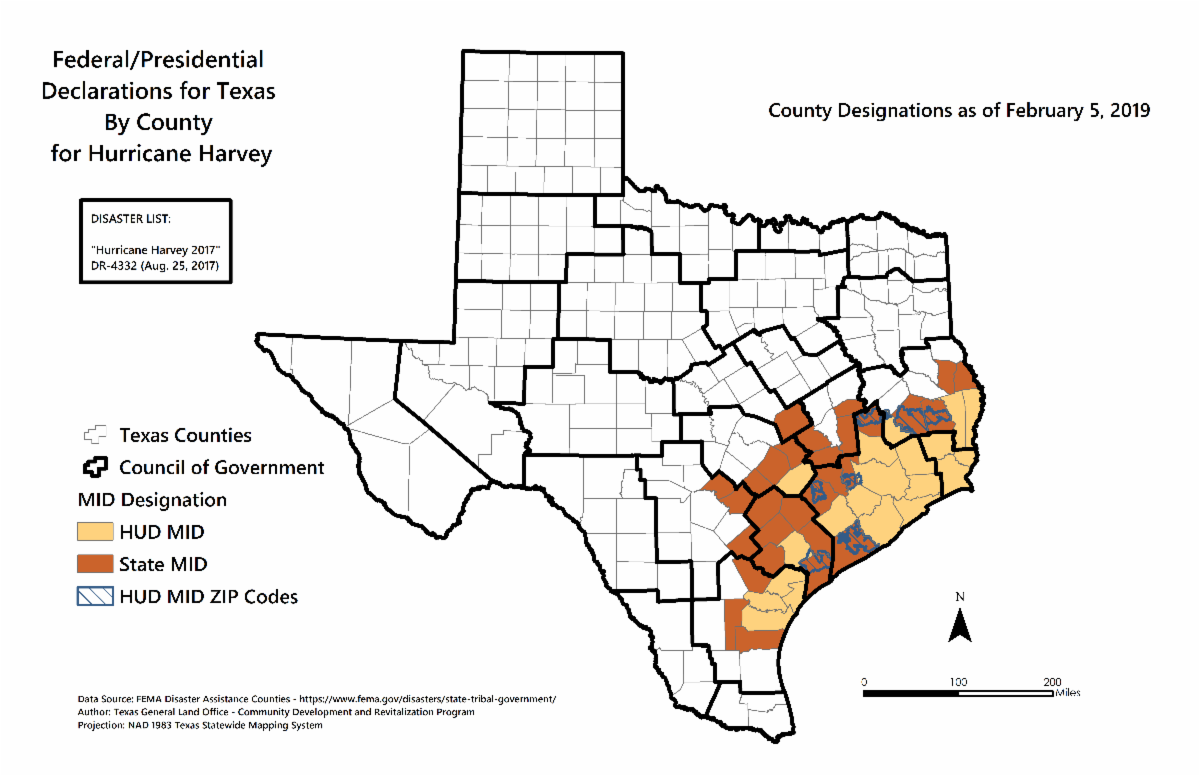 The Hurricane Harvey State Mitigation Competition will fund mitigation projects for Hurricane Harvey HUD- and state-designated Most Impacted and Distressed (MID) areas. The competition is open to cities, counties, COGs, state entities, and special purpose districts. Examples of projects include flood control and drainage improvements, infrastructure improvements, green infrastructure, public facilities, and buyouts. Each proposed project must have a total proposed cost between $3 million to $100 million.

For the 2015 and 2016 Floods State Mitigation Competitions, each separate competition will provide funds to cities, counties, Indian Tribes, and councils of governments (COG) to address risks in the 2015 and 2016 Floods HUD and State MID areas. Examples of projects include flood control and drainage improvements, infrastructure improvements, green infrastructure, public facilities, and buyouts. Each proposed project must have a total proposed cost between $3 million to $10 million.

HUD defines mitigation as activities that increase resilience to disasters and reduce or eliminate the long-term risk of loss of life, injury, damage to and loss of property, and suffering and hardship, by lessening the impact of future disasters.