Austin — The Texas Veterans Land Board (VLB) and its marketing partners Proscalar and 1820 Productions have received national recognition for several of their digital marketing campaigns. Intended to raise awareness for the benefits available to eligible Texas Veterans, the VLB’s digital advertisements won eight Platinum Awards and four Gold Awards from the AVA Digital Awards which recognizes creative excellence and the production of digital communication products. “We are once again honored to be recognized for our commitment to implementing innovative and creative measures to reach out to a new generation of Texas Veterans,” said VLB Chairman George P. Bush. “These awards are a continued testament to our promise to faithfully serve the men and women who served our nation by offering them the very best package of Veteran benefits in the country.” 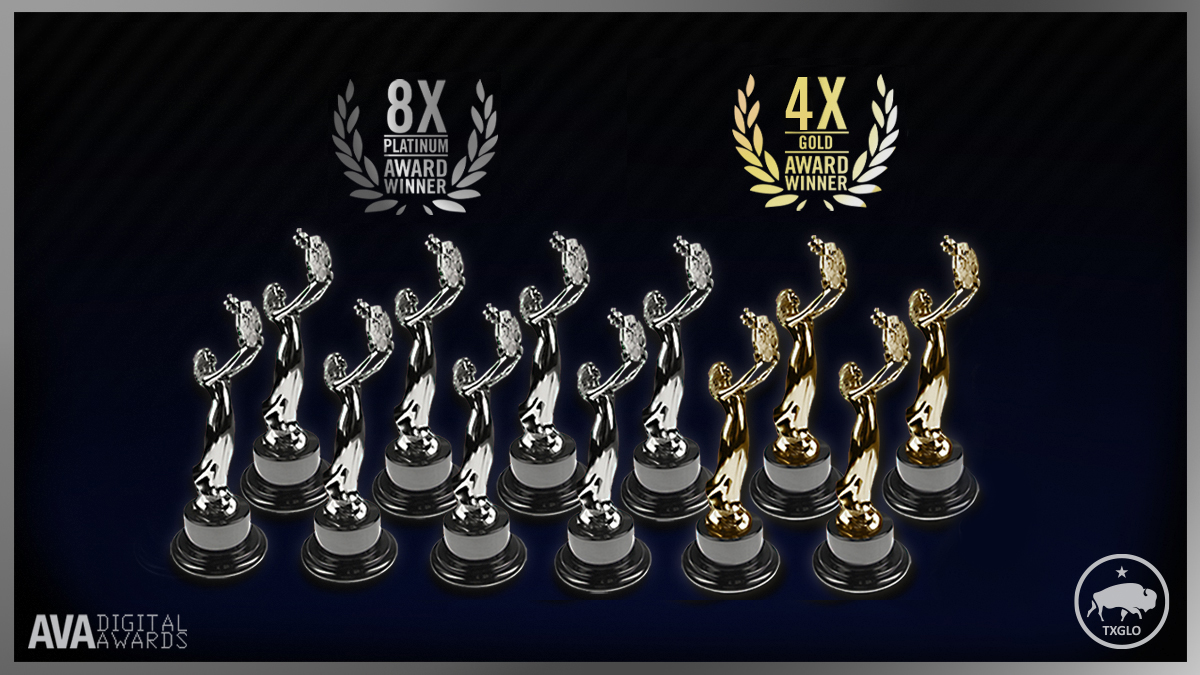 This announcement marks the second time this year that the VLB has been internationally recognized for its marketing efforts. In January, the VLB was awarded five MarCom awards for two of its marketing advertisements. “Being able to showcase the benefits afforded to the men and women who have served our country is an honor,” said Stephen Smith, Proscalar’s Managing Partner. “We are grateful for our partnership with the VLB and look forward to continuing to help Veterans access the benefits they have so courageously earned.” The VLB’s award-winning marketing products include:

For more than 70 years, the VLB has had the honor to serve Veterans, Military Members and their families in Texas. The VLB was created by the Texas Legislature in 1946 to offer home loans for returning WWII Veterans. The mission of the VLB is to ensure that it offers the very best package of Veterans benefits in the country. The VLB strives to meet those goals every day. Based in Austin, Proscalar is a data-driven marketing firm with a vision to create the world's most dynamic and innovative marketing and business consulting company. Born from a high pedigree of management consulting, the firm has decades of experience in database marketing and which it leverages to get the right messages to the right customers. 1820 Productions is a Dallas-based video production company who specializes in crafting content for household companies and other high-profile clients. Whether developing standout digital media or guiding its clients through a creative crisis, each team member at 1820 Productions is driven by three simple values: Integrity Always, Creative Zest and Co-Conspirators. AVA Digital Awards began in 1994 as a celebration of the audio-visual arts. Over the years, AVA’s categories changed to recognize the expanding role that digital media and the web were playing in the transfer of information.  The awards are administered and judged by the Association of Marketing and Communication Professionals (AMCP), one of the oldest, largest, and most respected evaluators of creative work in the marketing and communication industry.